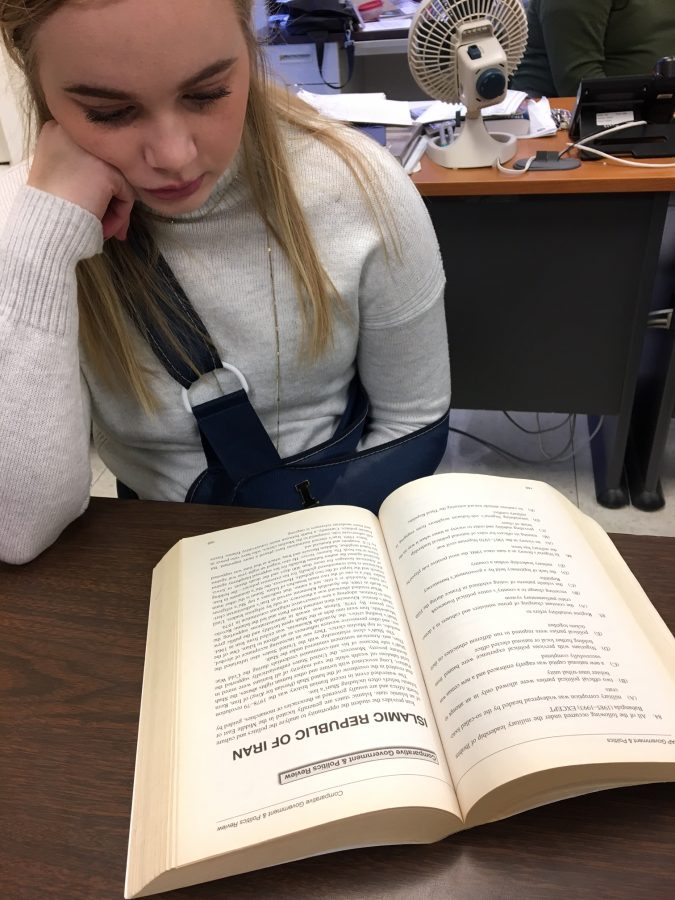 As the end of the semester and finals near, many students are feeling stressed. High school students are encouraged to juggle seven classes, work, and be involved in extracurricular activities. Some students at Kennedy have to be extra careful when dealing with stress and the effects it has on their mental illnesses.

A mental illness can be a wide range of mental health disorders that can affect someone’s mood, thinking, and behavior. Examples include depression, anxiety disorders, eating disorders, and addictive behavior.

“I had my first panic attack at the state swimming competition my sophomore year. Then I was diagnosed with depression and an anxiety disorder,” Brooke Timmerman, sr., said.

“Just walking down the halls heightens my anxiety because there are so many people close to me,” Timmerman said.

The disorders have had a detrimental impact on Timmerman’s high school experience.

Timmerman’s anxiety gets worse during the school year because of the added stress from classes and extracurricular schedules.

“During the school year I sleep a lot more than I should because it’s my way to cope with stress, but it also creates a cycle that causes me to feel like I’m not getting anything done when I’m sleeping, which creates even more stress,” Timmerman said.

When finals approach, Timmerman experiences more anxiety, although she says she doesn’t have a hard time taking the exams.

“I don’t have a hard time with the actual big tests or finals per say. I just get anxious at the thought of them, like thinking about how many things could go wrong,” Timmerman said.

The National Alliance on Mental Illness released a study that found one in five people between the ages of 13 and 18 were diagnosed with a serious mental illness. Within the halls of Kennedy, a population of about 1900, this ratio produces roughly 380 students that are suffering and many people can’t even tell.

Similar to Timmerman, Senior Chloe Canant was just recently diagnosed with depression and an anxiety disorder.

“During tests, my anxiety increases and I shake a lot. It’s hard to stay focused because of how much it upsets me. I have a fear that I will just fail it no matter how much I prepare for it,” Canant said.

Canant takes medicine every morning to mitigate the effects of her depression and anxiety.

“I don’t think school officials are properly trained to deal with mental illnesses, especially during finals time when we need it the most because they’re preoccupied with schedules, grading, and tests,” Canant said.

The best way that’s helped Canant cope with her disorders is going to therapy every week. Social media instigates Canant’s mood changes because of the overwhelming criticism and bullying she receives.

Alivia Fellmer, sr., was diagnosed with depression, anxiety, and premenstrual dysphoric disorder in December of 2014.

“Other finals and big exams definitely add stress that wouldn’t normally be there, and when you have a mental illness even the smallest amount of stress can feel overwhelming, even if to others it seems trivial,” Fellmer said.

At times when Fellmer’s depression is worse, she loses all motivation to do homework and falls behind in class.

“It’s hard to explain to your teacher the next day that you didn’t do your homework because you had no motivation to even get out of bed let alone open a textbook,” Fellmer said.

It’s time we all take a moment to realize that there are people all around us struggling through their own issues. We all need to be more conscious of that fact and respect our classmates.

“I think it’s important not to generalize because every mentally ill person experiences their mental illness differently,” Fellmer said.

During finals week, if you see one of your classmates struggling, be sure they get the help they need.