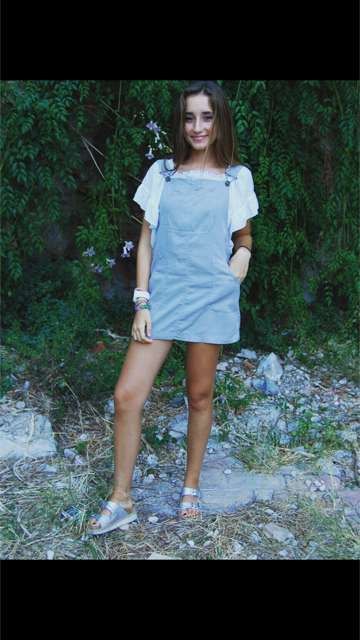 Ana Vilanova, 15, noticed Iowa was different than Spain as soon as she stepped off the plane.

“You [Iowans] live out in the country. We live in the cities in Spain,” Vilanova, so., said.

In Iowa, houses are what a large portion of the population lives in. In Spain, houses are less common, making apartments the most common living place.

Vilanova definitely noticed a difference in the weather.

School is another big difference she noticed. Kennedy students get about a week to study for tests.

“Back in Spain, we get weeks to study for a tests and school is more about the practice,” Vilanova said.

As for clubs, Kennedy offers more opportunities to join clubs than Vilanova’s school is Spain.

“I think it’s really cool. Everyone is really involved at Kennedy,” Vilanova said.

She describes herself as outgoing and open to meeting new people which is a useful skill for a forign exchange student.

“If you’re shy, you’re going to have a problem,” Vilanova said.

Vilanova would love to live in the United States, but she occasionally gets homesick and misses Spain.

“I feel like I’m in a game and get tired of translating sometimes,” Vilanova said.