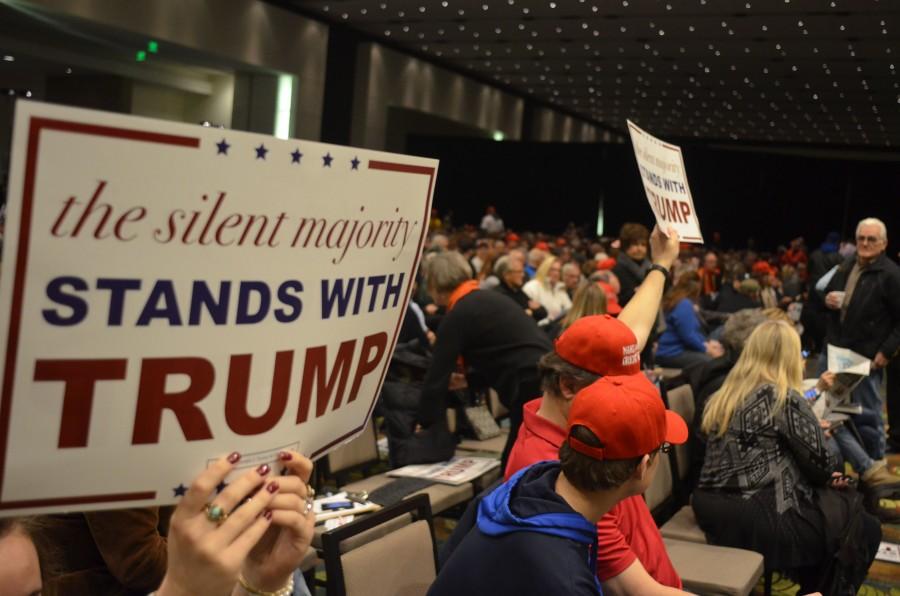 Trump supporters at Iowa Caucus in early February of 2016. Photo by Nathan Sheeley.

The 2016 election is done, but not without controversy.

Donald J. Trump was elected President receiving 276 electoral votes and will likely receive more as five states have not yet given their final voting count. This win is largely attributed to his wins in Pennsylvania and Wisconsin, states he was projected to lose. He also won critical swing states in Ohio, Florida, and North Carolina.

Despite winning the electoral college, Trump is losing the popular vote 47.52 percent to 47.65 percent to Clinton with only a few counties votes left to report. The electoral college has been heavily criticized and this only sparks more controversy. In the last two of three times a Republican has been elected president, they have lost the popular vote.

The presidential election was not the only thing voted on last night. Chuck Grassley (Rep.) received 60 percent of Iowa votes and retained his seat in Senate. He is now the longest serving senator in Iowa history. Rod Blum (Rep.) defeated Monica Vernon in the US Representative District 1 with 53.8 percent of votes. Brian Gardner was reelected as Linn County Sheriff and Linn County also voted to downsize five supervisors to three.