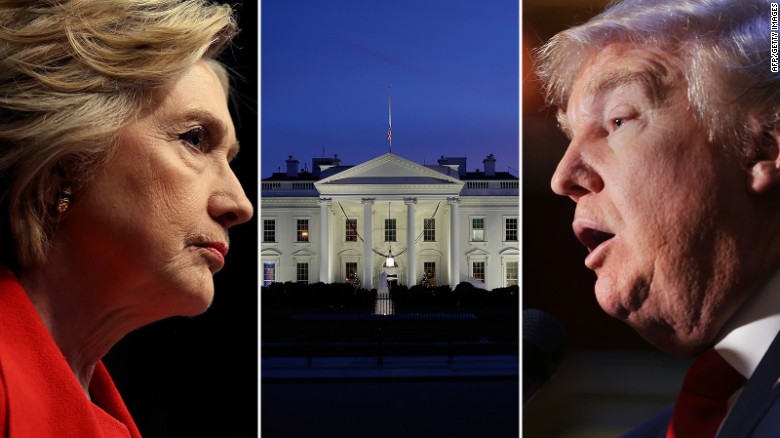 The dogfight known as the 2016 Presidential Election comes to an end tomorrow night. Final polling shows a tight race, with Democratic candidate Hillary Clinton with a slight edge just one day to go before the election. Over 40 million voters have already submitted ballots, nearly 40 percent of all registered voters.

This election has shown Trump supporters to be much more enthusiastic, evidenced by the thousands of supporters present at each rally, four a day for him, compared to much smaller groups from rival Hillary Clinton. Trump has spent over $140 million on an advertising blitz funded by his campaign in the last ten days leading up to the election. Clinton’s struggles continued in late voting, showing her double-digit lead shrinking in less than a week in several polls, and former solid blue states such as Michigan, Colorado, and New Hampshire suddenly becoming swing states.

Several polls show Donald Trump with a slight lead or at least tied in late voting of key swing states, such as New Hampshire, Michigan, Colorado, Pennsylvania, and Nevada, with slight leads in must-win states like Ohio, Florida, North Carolina, and Iowa. Trump has gained momentum as a result of Clinton’s persistent email scandal, with new information found and a new investigation launched as late as last week.

Clinton has seemingly lacked poised and enthusiasm at her rallies, and continues to stick to the insulting rhetoric when discussing Donald Trump and his supporters, calling Republicans “dark, divisive, and filled with hate.”

Here are my final predictions for the popular vote and electoral college.

Donald Trump will split Maine, winning one electoral vote. Clinton will take Pennsylvania due to the influence of the black community in Philadelphia and will control the liberal inner city vote. Trump will take must-win state Ohio due to his wild popularity among white employed males in the Ohio Valley, and will take Florida by a small margin. Trump will also win Arizona due to Clinton’s increasing unpopularity in the region, and will take North Carolina for the same reason. Clinton will take Colorado, although Trump will make it a contest, losing by five points, but the Republican nominee will prevail in Iowa, earning the six electoral votes from the Hawkeye State.

Clinton’s unpopularity will show in the election, and Trump will win the necessary swing states and must-win states, taking the election by a small margin and swearing in as the 45th President of the United States.