Rockwell engineers mentor team. Meetings are after school every other Friday in Room 220. 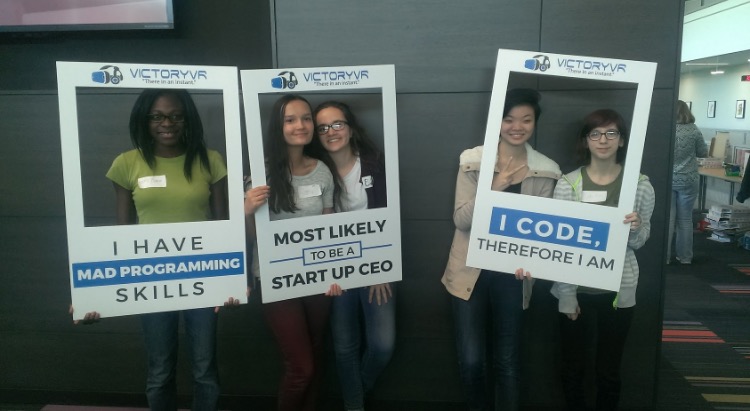 “I get to spend time with amazing people, learn, and create something. I’m hoping to learn more about music and coding, while creating something cool in the process,” Ellie Jasper, jr.
The lack of female presence in the science, technology, engineering, and math (STEM) fields has been an issue that companies have been trying to mitigate.

Leif Segen is the primary teacher for the Academy, teaching all of these courses.

“I have definitely seen a lack of females in my classes. It’s palpable. Racial disparity as well. It was one of the things influenced the open course design we’re trying to form now,” Segen said.

Segen reports that females make up 14.3 percent of his computer science courses this year.

Iowa Girls Code Camp reports that computer science is one of the fastest growing majors today, though women only make up 18 percent of the graduates.

This year marks the first for Kennedy’s Iowa Girls Code Team. Iowa Girls Code is a program for high school girls to learn and explore the computer science field. Kennedy’s team is working on an application that lets the user make music.

“I get to spend time with amazing people, learn, and create something. I’m hoping to learn more about music and coding, while creating something cool in the process,” Ellie Jasper said. She is a junior who joined Kennedy’s team.

Teams consist of five to 10 girls and they are mentored by partner companies. Teams meet at least twice a month to design and implement a computer science project into the community. By March 2017, the teams will reconvene and present their finished products for a chance to win prizes.

The Kennedy Iowa Girls Code Team consists of Sophie Feahn, Sophia Jasper, Ellie Jasper, Megan Benter, and Jasmine Li. There are also two Rockwell Collins engineers contributing time to help the team every other Friday. Meetings are after school every other Friday in room 220.