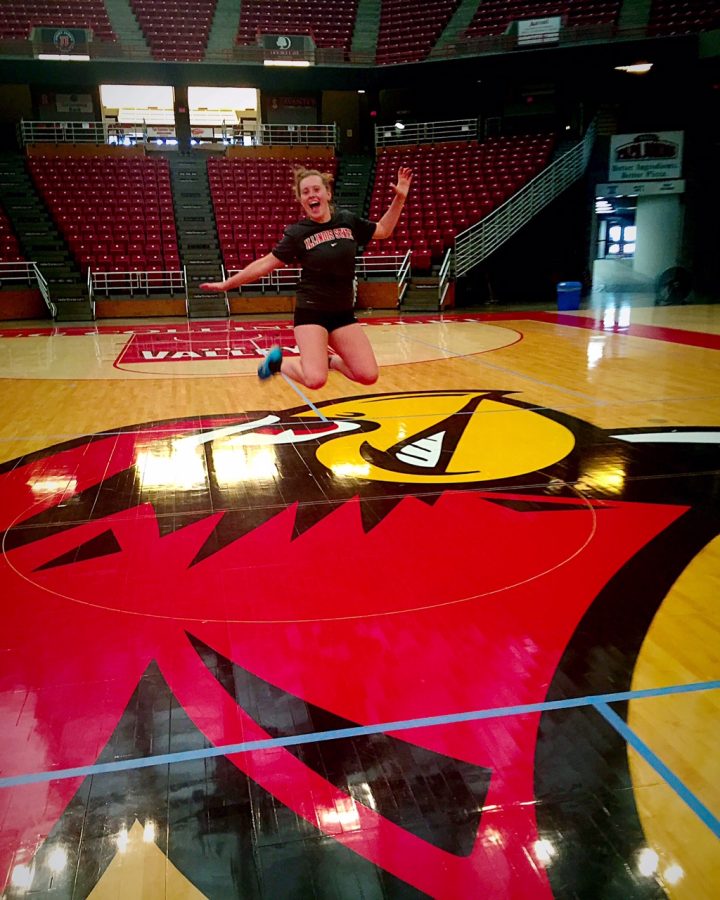 After spending four days at Illinois State University for a volleyball camp, Kendal Meier, sr., committed to playing volleyball there for four years, starting in the fall of 2017.

“I am very excited to go out of state and reconnect with the girls I met this summer through the camp. All of the girls were very welcoming and the coaches were awesome,” Meier said.

She has received scholarship money to pay for her junior and senior year and three of the summers she spends at Illinois State.

“Both of my sisters played basketball in college and have inspired me to continue playing my favorite sport,” Meier said.

Initially growing up, Meier thought she would play basketball in college like her sisters, however, after starting volleyball in 6th grade she fell in love with this sport instead.

“This is my last year of club volleyball and I am playing for a team out of Davenport to keep up with my skills through the winter and spring season,” Meier said.

Other than pursing her volleyball career, Meier wants to further her education and go into nursing or occupational therapy.

“I look forward to studying on a campus that feels like home and meeting new people along the way,” Meier said.

Meier leaves for Illinois State University following graduation, between May 31 and June 6 to begin pre-season workouts and practice.

“It will be sad to see my final volleyball season come to an end but I am passionate for a new start and many more memories to come as I advance on in volleyball,” Meier said.