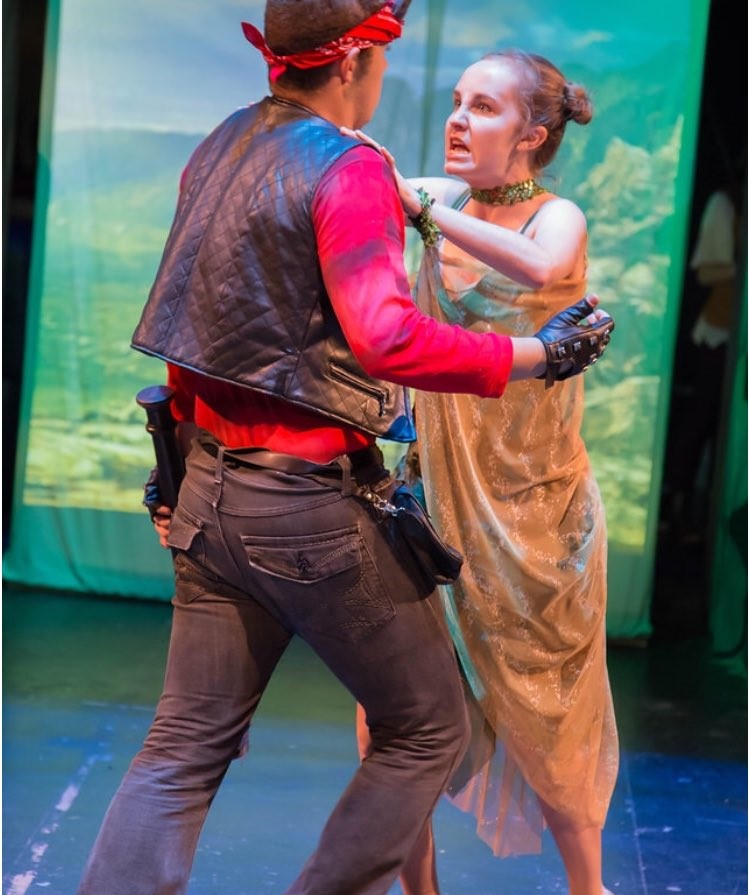 Today, Thursday, Oct. 6. marks the final performance of Kennedy’s fall play, She Kills Monsters. The play is in its second week, which is longer than usual for Kennedy Drama Department productions.

The play’s concept centers around the popular board game of geeks, Dungeons and Dragons, and the lives of the Evans sisters, Tilly and Agnes. Tilly was an avid Dungeons and Dragons player before passing away tragically in a car accident. Her average and relatively mundane sister, Agnes, attempts to connect with the little sister she was never close to through one of Tilly’s old Dungeons and Dragons modules (a sort of adventure script for a round of the game).

The story-line weaves viewers in and out of Agnes’ real life and the game-play, where she discovers things about her sister she never realized before. Agnes begins to meet the real life people from her sister’s life who inspired characters within Tilly’s game, and she slowly feels closer to her sister than she ever did when Tilly was alive. The play truly examines the concept of loss and discovery, while wrenching at viewers’ hearts with a touching story-line.

“It explores relationships and sexuality and wish-fulfillment. You follow along with Agnes as she copes with the loss of her sister,” Sam Bennett, jr. said. He plays Farrah, the Fairy in the show.

Another unique feature of the play, besides it’s unique plot, is the intensive use of props and costuming required to create a realistic live-action game of Dungeons and Dragons. From bugbears to gelatinous cubes, every monster had to be created for the stage show. Nearly every character had a “real life” and “in-game” look. The “in-game” looks particularly were quite intricate, with leather clad demon princesses and bloodied succubus making appearances among other battle-armor characters.

“The costumes are either super medieval-y or very 90’s, and I love the 90’s. I have two pairs of the exact same costume, one with blood and all torn up, and the other one is normal, because in one of them I’m a demon,” Michael Shea, sr. said. He plays Evil Gabe/Gabe in the play.

Those wishing to see the fall play can see it’s last performance at 7 p.m. in the Black Box.