Community gets ready for weekend of heavy rains, flooding 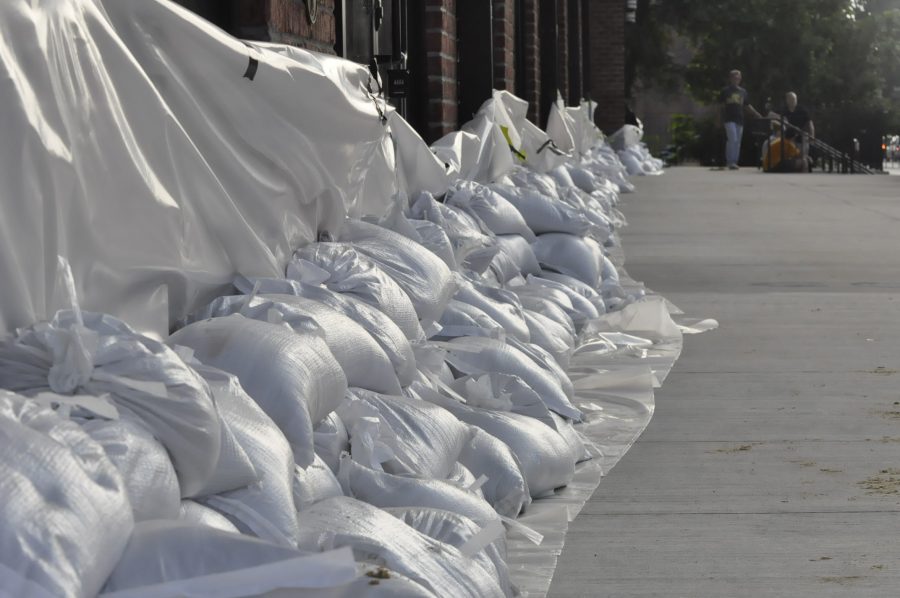 As the City of Cedar Rapids prepares for the second-highest predicted flood crest in history, residents work to sandbag downtown areas while dealing with evacuations, road closings, and the fear of an apparition of 2008.

All bridges downtown closed downtown on Saturday afternoon. Authorities and public officials recommend those to stay away from the downtown area and areas in danger of flooding if possible. There will also be a curfew enacted for the downtown area Sunday, active from 8:00 p.m. to 7:00 a.m. Monday morning.

The Cedar Rapids Community School District has closed all schools in the district for Monday, Tuesday, and Wednesday this week due to expected floods and closed roads that will make transportation difficult for many students.

The crest prediction is now up to 24.5 feet, enough to flood some parts of downtown. For those displaced, there are temporary shelters opening throughout the city, and for the Kennedy community, there are many families who have opened their doors for those evacuated.

Many students and members of the community have pitched in for sandbagging efforts, from filling and placing to coordinating teams of individuals looking to make a positive difference. Several schools have been covered, such as Taylor Elementary, who finished sandbagging early Saturday afternoon.

Linn County and the City of Cedar Rapids have several different locations for homeowners to fill sandbags, including near the landfill off of County Home Road, near Hawkeye Downs, and at the former K Mart on 16th Avenue SW and Williams Boulevard SW in Cedar Rapids.

For more information on volunteer opportunities, evacuation plans, requests of assistance, and more, visit the City of Cedar Rapids website at www.cedar-rapids.org/alert_detail.php.