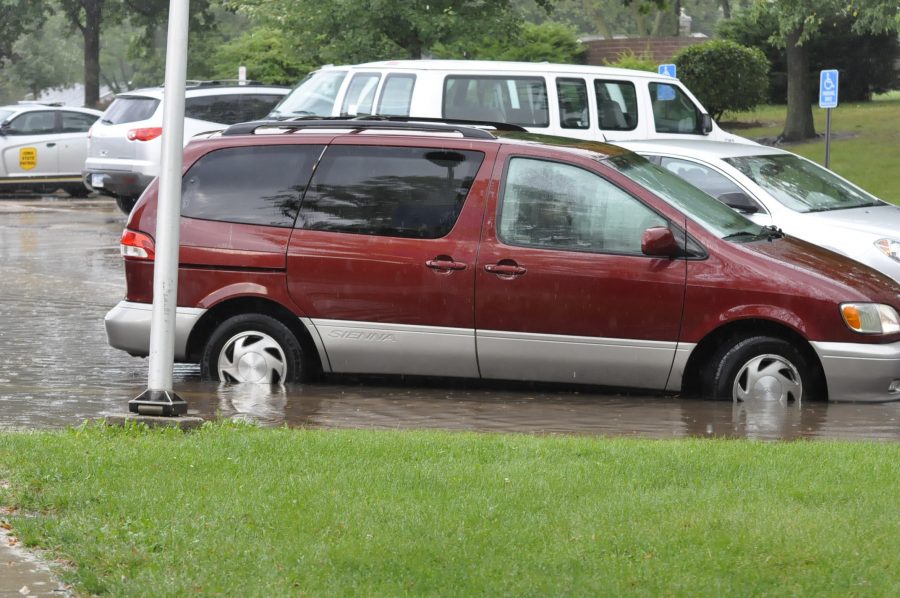 As flash flooding hits the Cedar Rapids area, the City of Cedar Rapids City Council has began to mobilize authorities to close down roads throughout town. The predicted crest patterns are expected to reach up to 24 feet high, which is the height at which water begins to touch the bottom of the bridges in Downtown Cedar Rapids. By comparison, in the historic Flood of 2008, crest patterns reached a high of 31 feet.

According to the City Council, evacuation efforts will be discussed and implemented starting this weekend. Some areas of downtown Cedar Rapids are expected to be closed late Saturday, such as the NewBo City Market district and parts of the Czech Village.

Xavier High School has announced that students will be dismissed at 11:00 a.m. Friday morning in order to draw students to volunteer opportunities sandbagging downtown to prevent further flooding.

For Kennedy students, there will be a sign-up sheet outside the Main Office for students to volunteer to sandbag various areas in Palo. According to the City of Cedar Rapids, other volunteers should contact United Way for more volunteer opportunities.