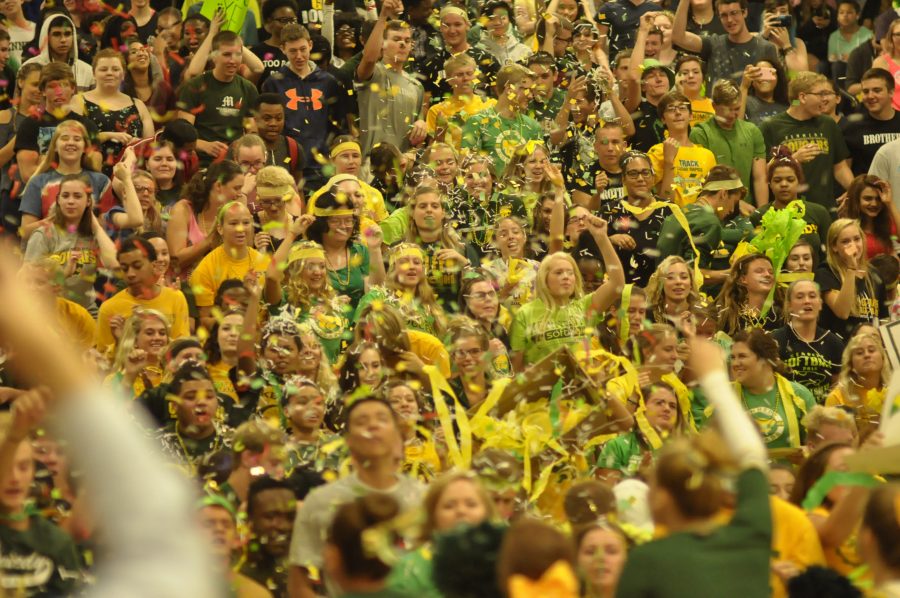 The first pep assembly of the 2016-2017 school year ended with a major upset for the hopeful senior class. For the 10th pep assembly in a row, the senior class of 2017 has lost, even despite their added efforts this year. This pep assembly was the first spirit stick win for the juniors.

The pep assembly began with the standard recognition of fall sports, and an intense game of SpikeBall, won by the Men’s Cross Country Team.

Competitions for Spirit Stick Points ranged from candy collages to an inter-sport relay.

“I loved the fact that Stecker had us actually swim for the relay… It was nice to be acknowledged,” Darby Manternach, one of the swimmers in the relay, said.

Despite the intense rivalry between juniors and seniors for the spirit stick, sophomores and freshman are still hopeful as ever about the next competition. “Of course it would be fun to win, but I’m excited for the juniors and I know they were very enthused,” Carson Uthe, so., said.

The next pep assembly is Thursday, December 1st, and both classes are already gearing up and mentally preparing themselves for a win. “We definitely underestimated the juniors, but they definitely deserved the win,” Kyle Huber, sr., said.