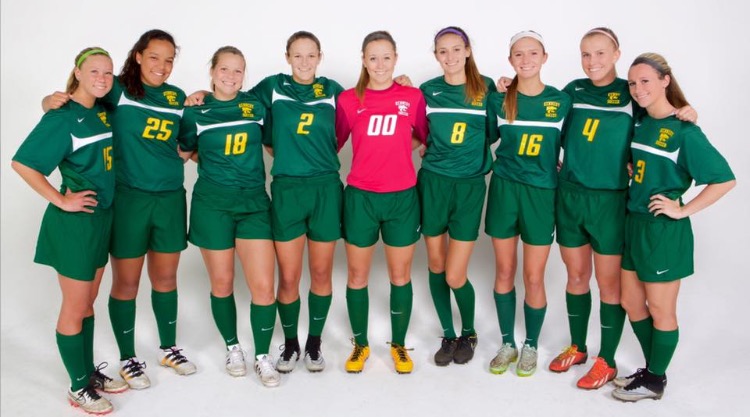 The Kennedy girls soccer team is off to a great start, a 12-0 start to be exact.

The Cougars have a team led by several seniors, who have had a lot of success in the past.

“Being a senior on the team this year is a big role but it is also such a fun role,” Carly Langhurst, sr., said, “Half our team is seniors so when we leave it will feel like a completely new team, so with that we really have to help to teach and better the underclassmen so they can keep the program going strong.”

Many senior soccer players were a part of the cougar team that won the state tournament in 2014.

“It is great to be part of a team with so much talent because if one person isn’t having a good day you know you will have other people step up whether they start or come off the bench,” Langhurst said, “You also always know someone will have your back when you make a mistake.”

“Of course we all want to win state but we can’t look too far ahead at that,” Emily Sass, jr., said, “We have more games before substate to focus on but we are just taking it game by game right now until we get closer.”

Not only do they have weekly night games to focus on, but they have been traveling to several tournaments as well.

“Tournaments are different because you don’t get that rest day in between so your legs can feel heavy or you feel tired but the great thing about our team is the depth we have,” Sass said. “Even if you take the starters out and put nonstarters in, the level of the game doesn’t change for us and I feel that helps us a lot during games.”

The team has players in every grade, but most of the starters are seniors.

“It’s been a great experience because of all the people I’ve met and gotten close to over the years,” Kasey Dekko, sr., said, “I think being a senior on our team comes with a sense of leadership, our coaches always want us to help out the underclassmen, whether it’s helping them make runs or just for support.”

It is senior night tonight, and the Cougars take on Waterloo East at 7 p.m. at the Kennedy soccer fields.