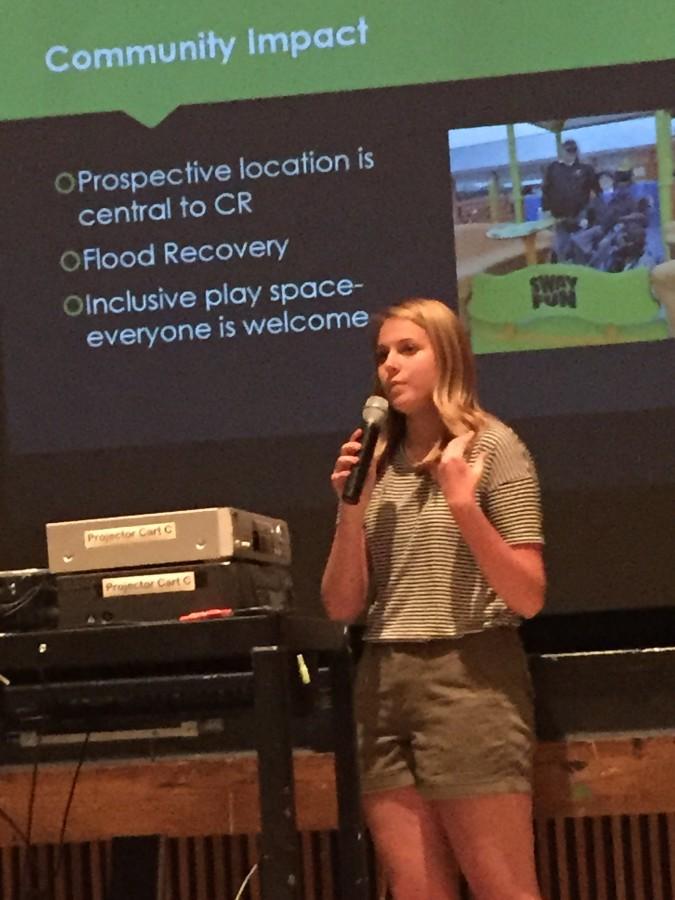 This year for the senior service project the class of 2016 partnered with Variety, a non-profit children’s charity, to help raise money for the construction of an all-inclusive playground.

Variety is the head organization for the project. They have contractors in place who will be building the playground which has received the seal of approval from the city.

“This will benefit all kids in that they would have a brand new playground that’s nicer than the current Noelridge playground, but especially benefits those with disabilities,” NHS leader Alec Hanson sr., said. “It will unite families with children with and without disabilities and allow everyone to have a good time at the park.”

The all-inclusive playground is going to be built in Noelridge Park off of Council Street. It will allow children who normally take part in playing on the playground to continue doing so, but it will also be more accessible to children who have disabilities.

Unlike previous senior service projects that Kennedy has taken part in, students were unable to physically help with the construction of the project.

Instead, students were tasked with the unique opportunity of raising money to help fund the project.

Kennedy’s contribution goal was to try and raise as much money as possible, while Variety had a goal of $500,000.

During the school year, several big pushes to raise money took place, including the collection of coins for spirit stick points at the pep assemblies. Students were even able to help raise enough money to meet a $50,000 match in December.

Variety had raised $49,000 and in order to have that amount matched by Wellmark they needed to raise an additional $1000 by Dec. 15. That’s where the pep assembly came into play.

Principal Jason Kline had the idea for each class to collect as many coins as possible and then combine them to be weighed. Whichever class had the highest weight, would receive the two spirit stick points. The idea was a success.

“I thought that if we made it a contest for a spirit point, people would definitely bring change in,” Kline said. “I was shocked by what we raised. I thought NHS would raise maybe $500, which would be good. This first dump of coins into the counting machine alone was like $450.”

The collected weight of change added up to $1,520.56. Other NHS campaigns had already raised $740, and the money raised in the spirit stick fundraiser helped NHS to exceed their goal.

The senior class surpassed their original goal of raising $5,000. Variety’s goal has not been met.