Channel One comes to Kennedy 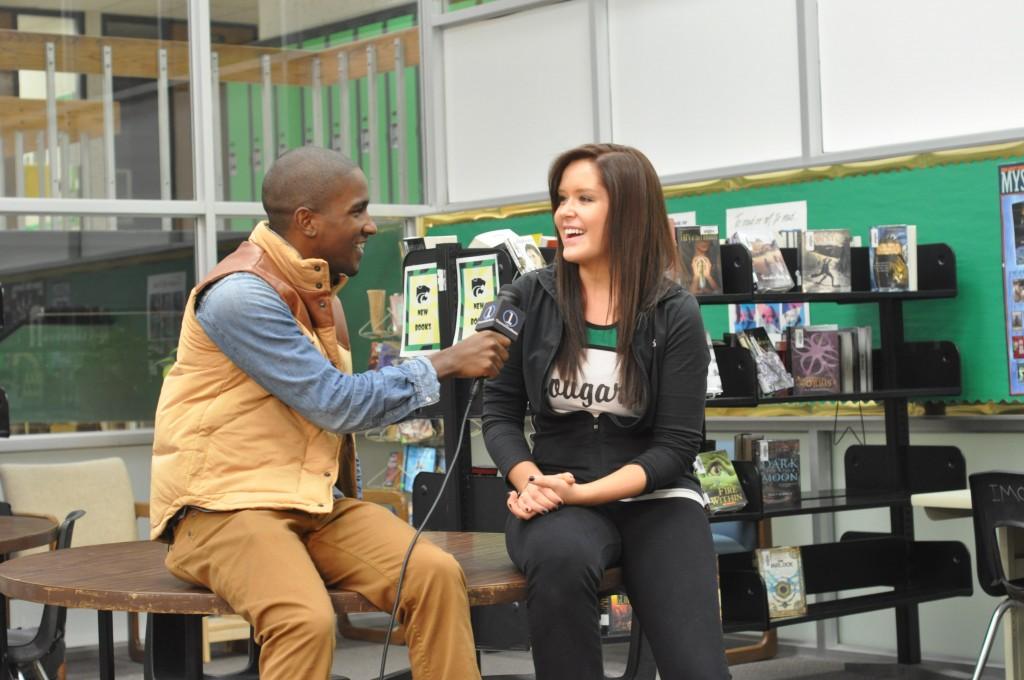 Krista Anderson, sr., expresses the pros and cons of the candidates that she is considering.

This morning two staff members from the Channel One news team strolled into Kennedy with their coffee in hand ready to take on interviews with students about the Iowa caucus happening tonight.

Students were selected to be interviewed based on their interest expressed during their government class and who they were voting for. All students were contacted before to ensure that they were all okay doing the interview. But nevertheless, most of the students were very nervous to be on camera.

Scott Evans, Channel One anchor, was assigned to interview each of the students. His humor during taping helped students to relax and enjoy themselves during filming. Before the filming process began, Evans talked to each student and explained to them what types of questions he would be asking and that they should respond by restating the question in the answer. Evans asked students question like “who will you be supporting at the caucus tonight” and “what are the pros and cons of your candidate”. Journalism students were even asked what they thought of all the media attention that centers around Iowa once every four years.

After the one on one interviews were completed Evans and Sarah Mirza, Channel One producer, then moved on to taping a second hour U.S Humanities class shouting “Channel One news starts right now” that may be used for the opening of the broadcast. Evans laughed along as he instructed the class to be louder and to throw their hands in the air as they cheered. To close the show Evans then moved on to the cafeteria to get shots of students eating and to report that it was lunch time and students were therefore “done talking politics”. As Evans sat down at an all sophomore table students pushed backed their chairs and were ready to evacuate the table for fear that they were about to be interviewed.

The Channel One Broadcast featuring Kennedy and the Iowa caucus will air tomorrow.

For photos from Channel One’s visit at Kennedy go to http://torch.kennedymedia.org/2012/01/04/channel-one-comes-to-kennedy-photos/