This week Hargens earned Kennedy's 9 and 18 hole school record as well as KCRG Athlete of the Week. 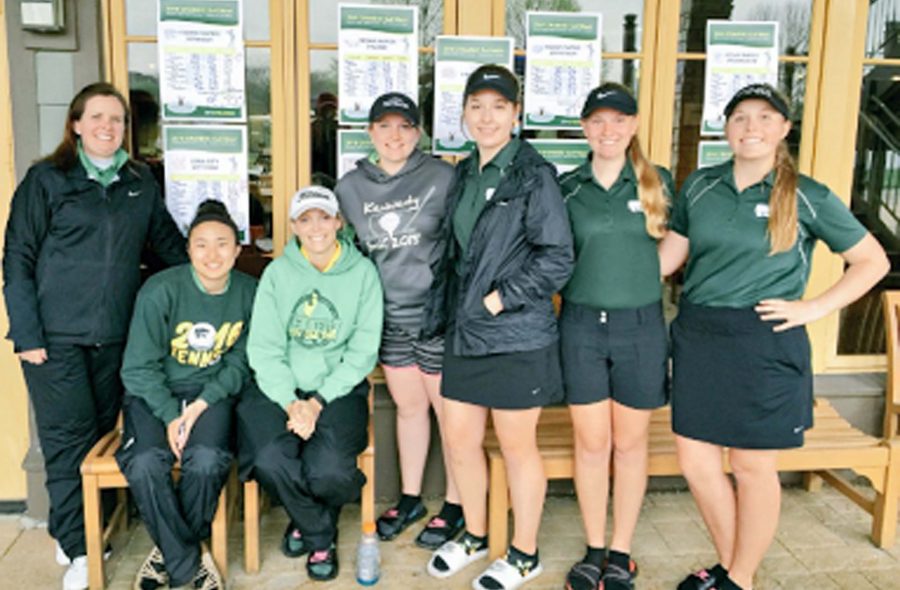 “I felt really good before the meet. I warmed up well and was feeling the speed of the greens. Katie Choate was even joking about how I was going to shoot under par,” Sierra Hargens, sr. said.

The Cougars finished first of three teams on Monday. With a team score of 167 they broke the all time Kennedy women’s 9-hole record by four shots. Valarie Davidson, sr., shot 42, Katie Choate, jr., shot 43, and Nicole Decoste, sr., shot 47 for the Cougars.

The Cougars beat Xavier and Dubuque Hempstead. Last year, Hempstead beat out the Cougars for a spot to go to state.

Hargens started her 9-hole round with three consecutive pars followed by two bogeys.

“I ended up birding the last three holes with a chip in on hole 7,” Hargens said. She then made a 20-foot putt on hole number 8 and birdied hole 9.

On Wednesday, the Cougars added to this season’s impressive resume by winning the CRANDIC tournament which includes all teams from Cedar Rapids and Iowa City with a team total of 353.

Hargens won KCRG Athlete of the Week as a result of her great play this week.

“It means a lot. It’s a honor to even be nominated but to actually win it is so exciting. It’s nice to know that I have a lot of fans out there and a lot of support,” Hargens said.

She has already committed to play college golf at Indiana State in Terre Haute and has been given full ride scholarship for golf.

With a great start to the season the Cougars have set high goals and are working to meet them.

“We have been pushing each other to play better and it has been great this season.,” Choate said. “Our goal is to make it to state and we just have to stay focused to make it.”