A Series of Goodbyes: Debora Aldrich 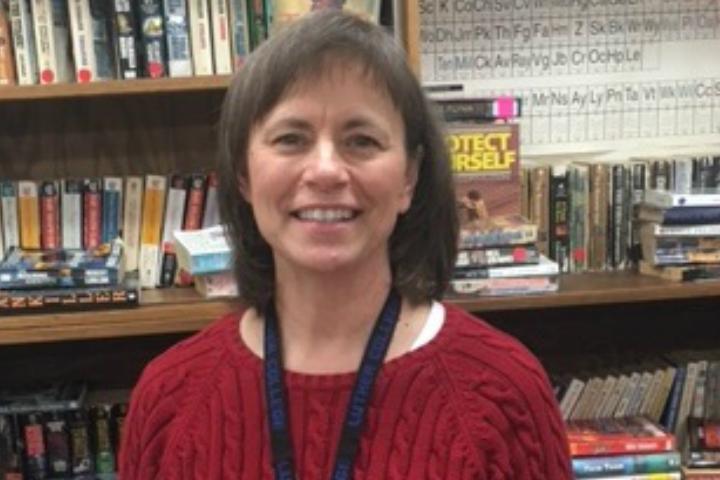 As a Kennedy High School alumni herself, Debora Aldrich finds it hard to say goodbye to the place she has called home as a Language Arts teacher for 41 years. She will be retiring after the 2015-2016 school year.

Aldrich started as a 10th grader at Kennedy in 1967. Aldrich’s classmates got to choose the mascot and they even came up with the name for the Torch. When it came to activities in high school Aldrich cheered the Cougars on as a cheerleader, though only for boys sports since those were the only ones offered.

“I always wanted to be a teacher; when I was a little girl I would practice teaching my sister. We had a little school in our basement,” Aldrich said.

Aldrich went to college for Spanish and music, but then decided to exchange music for English. One of her favorite memories at Kennedy was when she was teaching Spanish.

“There was a time when I was teaching Spanish where Mrs. Bark, another teacher, and I came up with a new program for students to learn Spanish because the books were really old, “Aldrich said.

Aldrich has taught at other schools, such as Washington High School in Cherokee, Iowa, but no place has felt like home like Kennedy does for her.

“I will miss the LA department and the people I eat lunch with terribly. I planned to retire last year for this year because I knew it would take a long time to say goodbye to Kennedy High School,” Aldrich said.

She has enjoyed her last year working with teachers and students as well as teaching with Angie McConnell.

“Advice for teachers: always eat lunch, always learn something new each year, and always hangout with the positive people. Advice for students: be open to new experiences, be curious, and pursue your passions,” Aldrich said.

She plans to spend her days as a retiree helping her son’s third grade class learn to read and write and teach courses at the University of Iowa. “Or wherever my adventure takes me.”