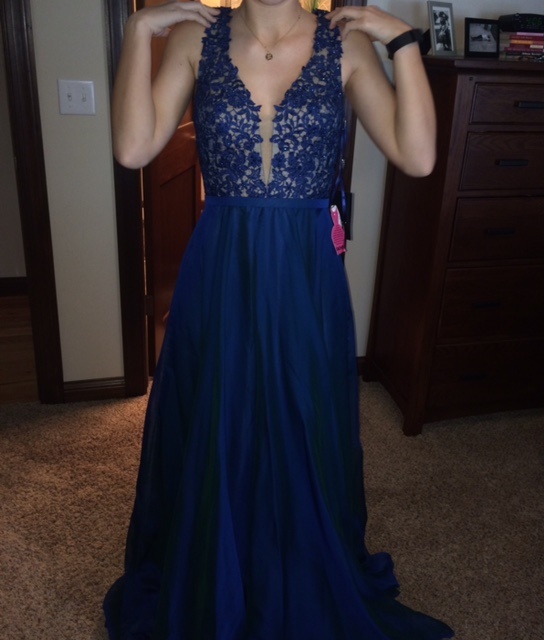 Even though prom seems as if it’s ages away, many girls have already purchased their dresses.

“I wanted to get the process over with so I wouldn’t have to stress about it later,” Olivia Weigel, sr., said.

Prom is May 14th, but it’s not uncommon for girls to prepare months in advance.

“I went to four different stores in Des Moines before finding my dress,” Kimy Southard, sr., said, “There were a lot of dresses and stores to look through.”

Some girls travel to far away stores to find their dresses.

Many students have gone to surrounding cities such as Minneapolis, Chicago, Des Moines and Omaha to find the perfect gown.

“I found my dress at Peaches in Chicago,” Weigel said, “It was fun seeing all of the dresses but it was a little overwhelming.”

“I purchased my dress at Glam in Des Moines,” Southard said.

Even though there was a lot of time and effort spent finding the perfect dress, there is even more time spent altering to fit your body type.

“My dress will be altered because the most important thing for me is that the dress is flattering and I look good in it,” Southard said.

Not only is the style important, but so is the price. Both Weigel and Southard spent around $500 on their gowns.

For some the color and style is important, and for others they go in looking for something that catches their eye.

“I didn’t have a particular dress or style in mind, I had no idea what I wanted beforehand,” Weigel said.

Finding the right dress takes a lot of time and effort for most girls.