Review: Next To Normal 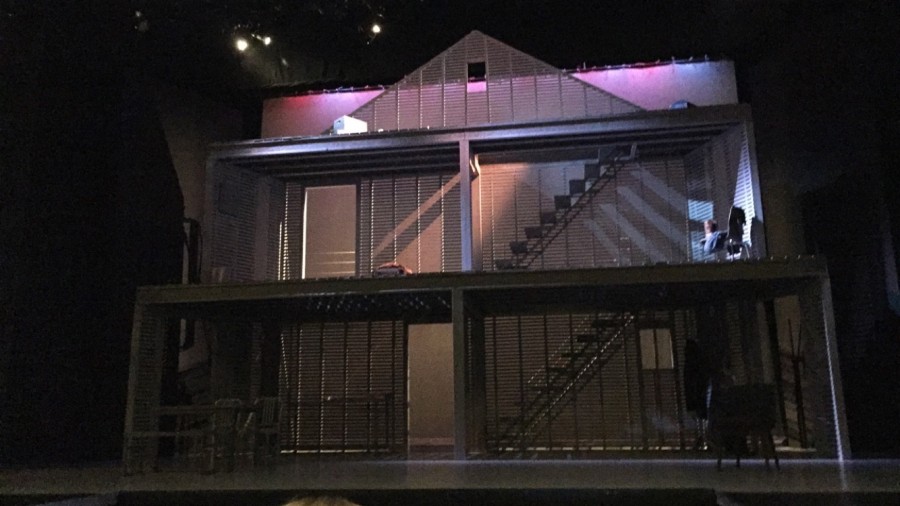 The simple set of the show allowed for the performances of the actors to really tell the story and bring you into their home.

Theater Cedar Rapids recently opened their new show Next To Normal and I had the opportunity to witness its brilliance this past weekend. From the powerful music to the raw emotion that the actors displayed, the show took you on a journey into one family’s decent into near insanity.

Next To Normal is a contemporary Broadway show backed with a rock based soundtrack to support the story that highlights the issues of mental health.

The musical follows a family of what seems to be four as they all deal with their inner demons. The main character Diana has been battling manic depression for 16 years and her family is struggling with the affects of her illness.

Father of the household, Dan, is just trying to keep his family together while repressing his own grief. All while her parents are fighting this illness, daughter Natalie is slowly becoming lost herself and struggling to find a way out. And then there is Gabe; a boy who seems normal yet vindictive with everyone in the home besides his mother.

Theater Cedar Rapids has embraced the show’s message about mental health and have made plans to partner up with local programs to draw awareness to their services. The theater will give part of its ticket proceeds to these programs on special nights throughout its showing, so if you are interested in supporting these programs, make sure to go out and buy your tickets on these nights. Dates and ticket codes can be found below:

Theater Cedar Rapids’ production of Next To Normal was both an informative and emotional experience. The actors and music combined touched many people as they told their story and left many crying, myself included.

I had been a fan of the show and the soundtrack before seeing it at Theater Cedar Rapids and can tell you that I was not let down by their delivery of it. I highly recommend that you experience this show as well. It shares a message that we all need to hear and highlights some of Cedar Rapids’ most talented performers.

For more information on the show and purchasing tickets, check out Theater Cedar Rapids’ website.