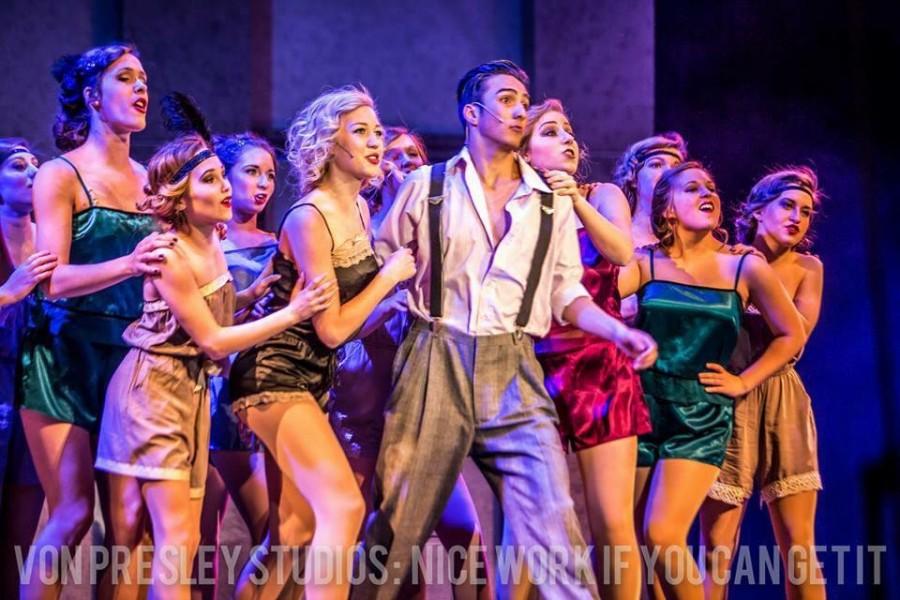 Anywhere from 500-1,000 people audition for the acting program at Northern Illinois University, and only 20-25 applicants get in. From New York to Los Angeles, a wide variety of performers audition at Northern Illinois University, and Brennan Urbi, sr., was accepted, making his way into the acting program for the next four years.

Urbi will be getting his B.F.A. in acting which means he will get a bachelors degree in the fine arts.

It all started when Urbi saw a theatre production in 8th grade and it had inspired him to try-out for some plays, musicals, and get involved with show choir in high school.

“I wanted to be an actor so I can reciprocate that on people,” Urbi said.

Getting into Northern Illinois University is a huge accomplishment due to how select the college is with choosing their performers.

“Auditioning for the acting position at a college level was nerve racking,” Urbi said.

He had to perform monologues and sing for a panel of judges.

“At Northern Illinois University, I had the best experience with their faculty as they were very welcoming and friendly,” Urbi said.

Also, Northern Illinois University is in Dekalb and has connections with Chicago and other big acting companies.

“A dream of mine has always been to be on Broadway,” Urbi said.

In addition to all the acting, Brennan is going to take some dance and music classes to remain as a well rounded student.

“I am extremely excited to continue my performing career. Acting to me is a way to allow a large group of people to reflect and respond to a performance in an emotional way. My goal is to impact someone’s life in a positive way through my art,” Urbi said.