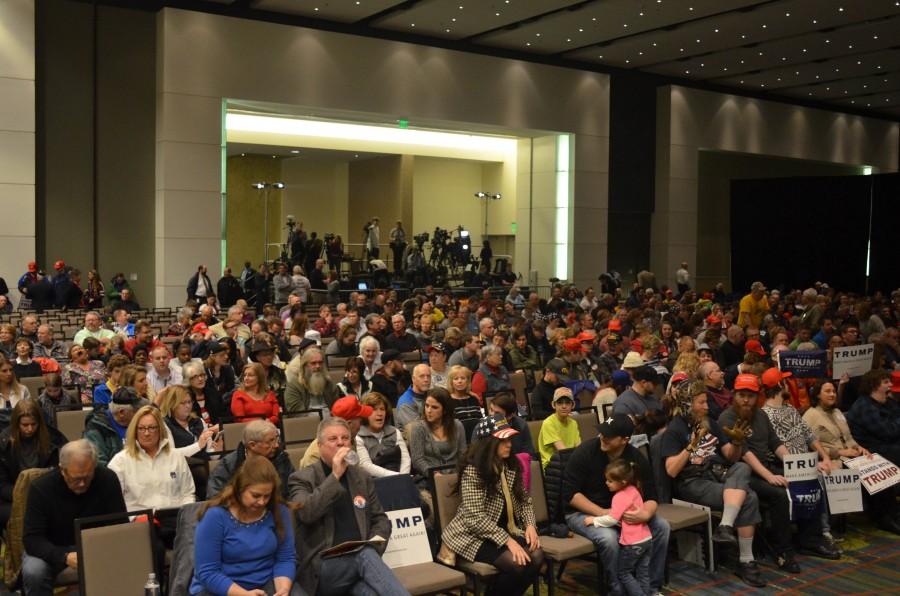 Any United States citizen who is 18 years of age or older by Nov. 8 of 2016 will be eligible to vote in our country’s 58th presidential election, but some young people will disregard that right. CIRCLE, a center that studies civic engagement in American youth, states that the percentage of 18 to 29-year-olds who voted in the 2014 midterm elections was 19.9. This is the largest recorded percentage of young voters to dismiss their voting right in history.

However, young voters did show up to vote in the 2012 presidential election: 51% made an appearance to fill out a ballot, some inspired by democratic candidate Barack Obama. So is the issue a lack of motivation, or a lack of inspiration?

“Bernie Sanders inspires me,” Alex Weissenberger, jr., said. “We agree on a lot of the same things, like equality, immigration and social reform.”

Weissenberger will be 18 in August, making her eligible to vote in the upcoming presidential election. She thinks it’s important for educated young adults to take advantage of their right to vote.

“Young voters will play a big part in this election because the stakes are high,” Weissenberger said.

Kyle Huber, jr., also feels inspired to vote in the upcoming election, but by a different candidate.

“Donald Trump inspires me with the way he campaigns and his political stances. He gives a different outlook on how political campaigns should be organized,” Huber said. “But a very distant second would be Bernie Sanders.”

Huber thinks young people should vote whether they feel inspired or not, but they should have political knowledge to support their candidate.

“I think people think if they don’t know the candidates they don’t want to jeopardize their vote,” Huber said.

When it comes to looking through the presidential options this election, he wants young voters to give every candidate a chance, no matter their popularity.

“I would tell people to take a second look at Donald Trump. Even though he doesn’t get great recognition in media, he’s a great candidate and a very patriotic man. I believe he’s the right person for America,” Huber said.

Olivia Zaputil, sr., encourages every eligible voter to go vote no matter what.

“Young people think their vote doesn’t matter and they don’t know who to vote for, or they might not pay attention to politics so they just think it’s better not to vote,” Zaputil said. “We have the right to vote for a reason so you should exercise that right.”

Zaputil wants millennials to make their mark on the election.

“Do some research on the candidates and no matter who you’re voting for I think you should go out there and vote,” Zaputil said. “I think if more young voters started voting that we could honestly change the outcome of this election.”