The tables turn for WPA 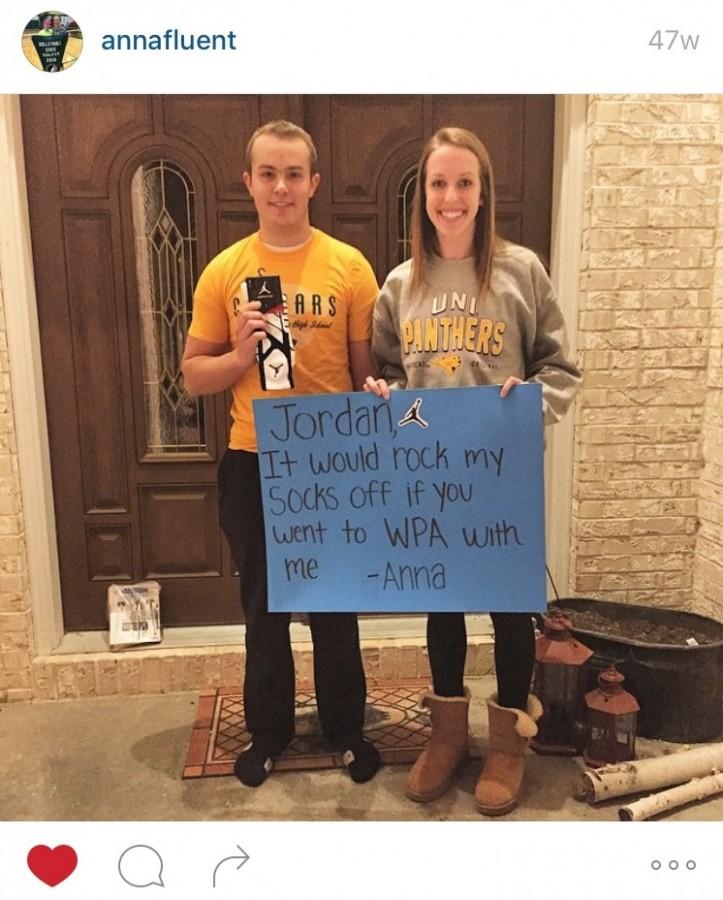 This year Kennedy’s second school dance, the WPA, will be held on March 24.

WPA stands for Women Pay All, where typically the women ask the men to be their date to the dance.

“WPA gives girls the chance to step up and ask the boy to a dance,” Sydney Hayden, sr., said.

Not only is WPA a fun event for students, but it is also a fundraiser. Student government gets some money to use for service projects and they also give some of it away to charities.

Student government is involved in most of the planning for WPA. They pick the D.J. and theme.

“WPA is fun because instead of the boy asking the girl, the girls get a turn to be creative and ask the boy,” Anna Fluent, sr., said.

WPA doesn’t usually attract as many guests as Homecoming does, but there are many similarities between the two. There will be a photographer, a D.J., and refreshments at WPA as there was at Homecoming.

“WPA is a fun experience that you only get a few times in your high school years,” Hayden said. “The money goes to a good cause, and it is only $5 to get in.”

Hayden is an officer for Student Government.

“It’s senior year and it will be fun to go to one last WPA with everyone,” Fluent said. “It’s fun asking the guy instead of the other way around.”