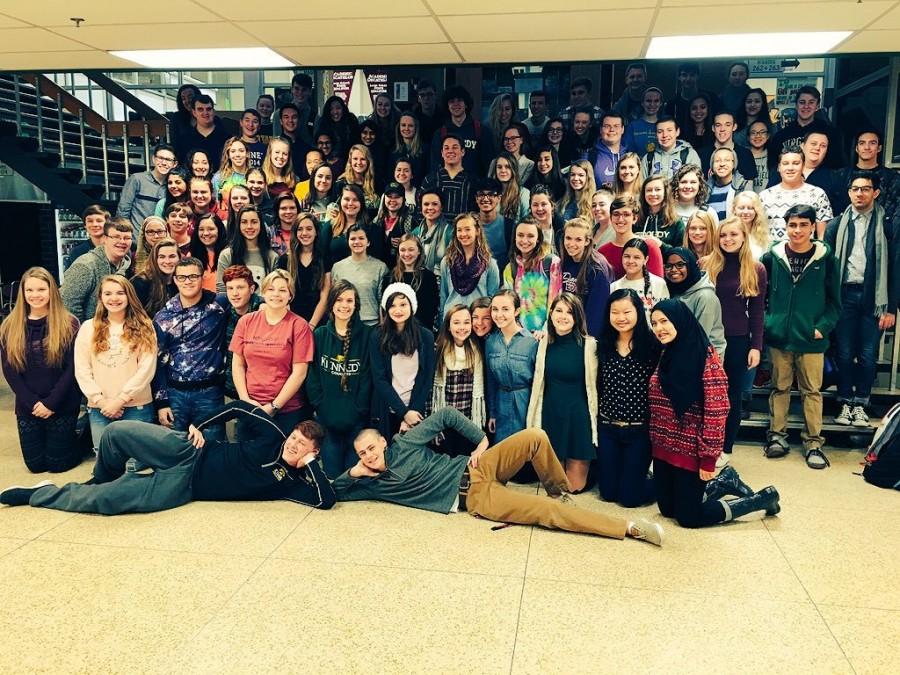 Early on Saturday morning buses full of Kennedy’s speech team rolled out of the parking lot and made their way to Monticello, where they would compete in their District competition.

From the 23 groups that participated, 22 of them got a ranking score of a I and will be moving onto the State competition. State will be hosted at Kennedy on Feb. 6.

“I felt pretty sentimental about competing at my last district competition. I have been involved in speech for four years now and I know it’s something I am definitely going to miss from high school,” Mikah Lunsford, sr.,  said. Lunsford competed in the categories of improv and musical theatre at Districts.

For some like Lunsford, this District competition was their last. But for others like Tayler Rathjens, jr., it was the beginning of their speech career.

“I thought that it was very interesting and a really fun experience for my first time competing,” Rathjens said. “I felt that our performance at Districts was our best run through that we have ever done and I am really proud to be in the group that I am in.”

Rathjens performed under the category of ensemble acting on Saturday.

For the groups that have made it past Districts, the next step is to prep for State which is fast approaching.

“The most important thing now is making sure our final products are very put together and clean in order to be even better than we were at Districts,” Lunsford said. “Not many changes will be made at this point. It’s mostly just fine tuning things.”