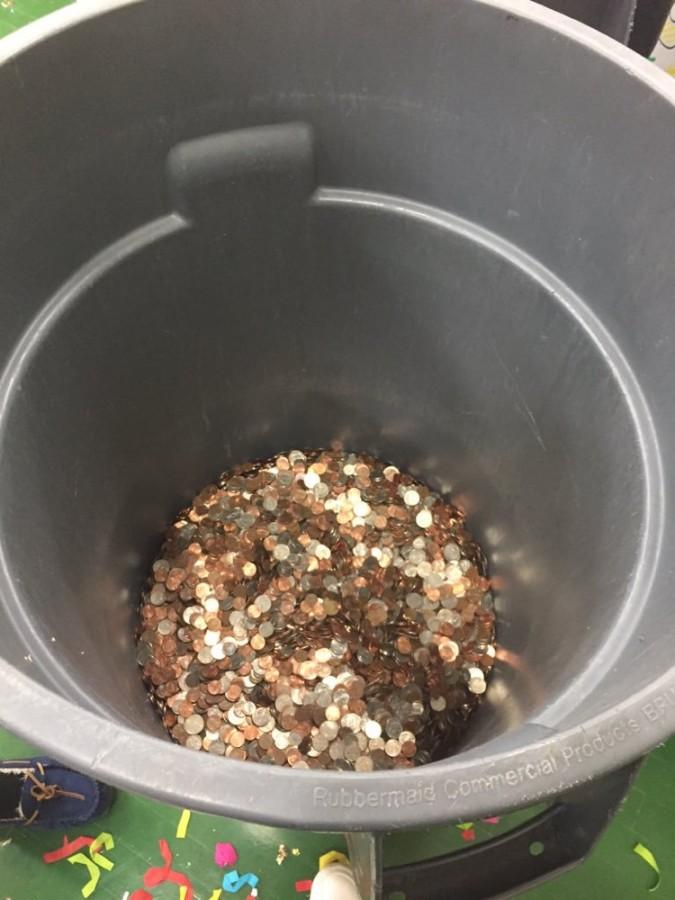 Due to the work done by the senior class, a $50,000 match was made today to the amount that has been raised for the senior class project in partnership with Variety Star. The project is to help raise money that will fund an all accessible playground for the community.

“[The project] has been going really well. The progress was a little bit slower in the beginning of the year, but as of last month Variety has raised $49,000 and in order to get a match from Wellmark they still needed $1,000,” National Honor Society leader Aren Buresh said.

NHS took it upon themselves to help Variety to reach the full $50,000. If  that amount was met by Dec. 15, Wellmark pledged to match it.

“We put out a big campaign on social media to help raise that money. That was successful and then Mr. Kline approached us with the spirit stick fundraiser idea,” Buresh said.

The spirit stick fundraiser consisted of each class collecting as many coins as possible and then combining them to be weighed. Whichever class had the highest weight, received the two spirit stick points. The results were unexpected.

“The senior class just really blew it out of the water and weighed in at 110 pounds,” Buresh said. “Overall the whole school collected over 200 pounds of change.”

The collected weight of change added up to $1,520.56. With the $740 that had already been raised from NHS’ other campaigns and the money from the spirit stick fundraiser, the amount was not only met but exceeded.

“I thought that if we made it a contest for a spirit point, people would definitely bring change in,” Principal Jason Kline said. “I was shocked by what we raised. I thought NHS would raise maybe $500, which would be good. This first dump of coins into the counting machine alone was like $450.”

It took over an hour and a half to get all the change counted.

“[The students] will literally do anything for spirit stick points. The amount of change collected shows that our students will take a cause they believe in and really get behind it,” Kline said. “It really spoke to the giving nature of our students.”

NHS will continue to raise funds for the playground through fundraisers at sporting events, t-shirt sales, and restaurant nights.

“To see all the positive aspects of Kennedy contribute to what’s going to become such a positive part of our community was really amazing. It made me really proud to go here and to be a part of this project,” Buresh said. “I think that the efforts put forth at the pep assembly definitely show that Kennedy can make stuff happen.”