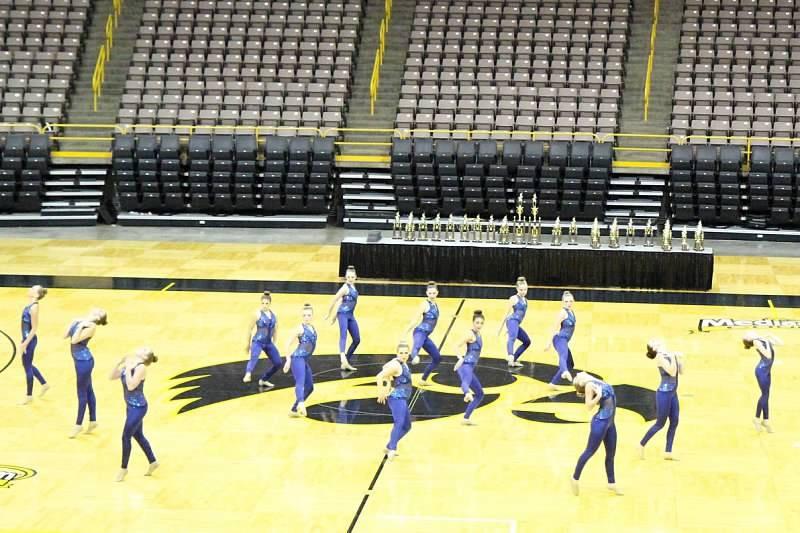 Everyone knows all about the football players playing on the field, but you can’t forget the people cheering and dancing on the sidelines.

Other than preforming at school activities and sporting events, the dance team competes at competitions with schools around the state. They will compete against teams all across the Midwest when they go to the regional competition later this year.

The Kennedy Varsity Dance Team opened its competition season last weekend at the Spirit Spectacular. The competition was held at the University of Iowa, and the team placed first in both medium varsity pom and medium varsity jazz.

“Competitions are a lot different than football games,” Alli Maiers, sr., said. “We practice more and perfect the dances so we can place well.”

“Competitions are more nerve racking because you are getting critiqued by judges,” Stormy Waldrep, sr., said. “Football games are in front of your peers so they aren’t as nerve racking.”

The dance team is now finished performing at football games for the year, but will be dancing at the halftime of varsity basketball games this winter.

The Kennedy Varsity Dance team competes in their second competition of the year on Saturday at Prairie High School.