The reality of homelessness 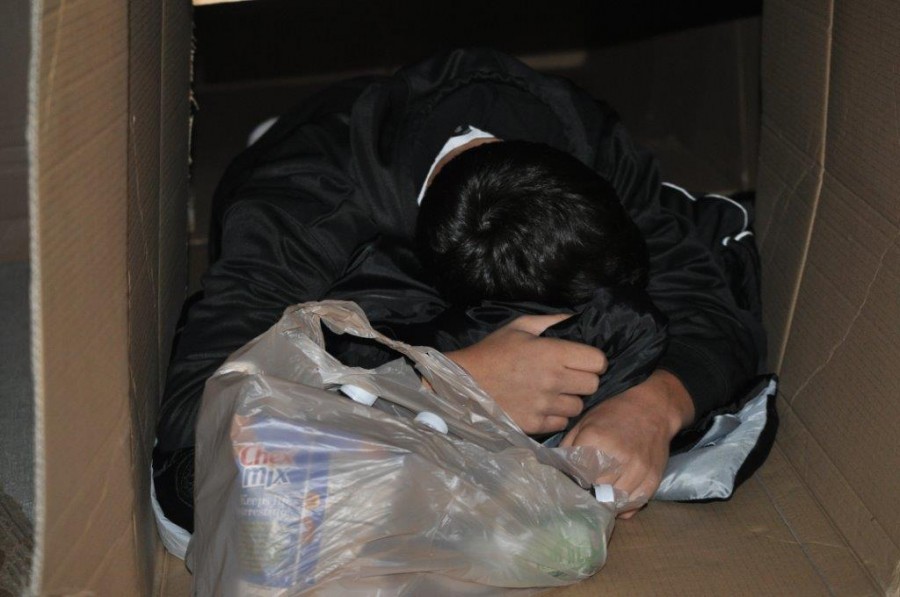 Year after year Kennedy has hosted their annual homeless night to raise money for homeless people in Cedar Rapids. While finding a box to “live” in for the night might sound like a lot of fun, is that really the point that we are trying to make? Considering the title of the event is “homeless night”, I assume people will be pretending to be homeless for a night. Not having fun all night hanging out with your friends.

Advertising homeless night as “fun” might be a way to get people to come, but the message sent is actually extremely rude. There were 578,424 homeless people in America in 2014 according to endhomelessness.org. 9 percent of these homeless people are veterans. Those are people who fought for our country and now do not have a place to sleep at night. Homelessness is a problem in the United States, and homeless night should focus on fixing the problem rather than hosting a social event.

Homeless night is a fantastic idea, donating money and sacrificing a night to spend it in their shoes. I seriously doubt homeless people would appreciate you calling their everyday struggle “fun”. Instead of roasting marshmallows and telling stories, how about making blankets for those who sleep outside in the cold? Or why don’t students donate clothing instead of making a t-shirt to wear with homeless night written across the front? Instead of glamorizing the problem of homelessness in America, we could be making even more of a difference on top of the money donated.

Don’t get me wrong, I am not saying to not go to homeless night. Go and feel the real struggle of homelessness, and try to encourage others to do the same. The money from homeless night does indeed make a difference in those people’s lives, but we could do more. Trying to understand the real problem many Americans face would be an even greater step to saving the homeless.