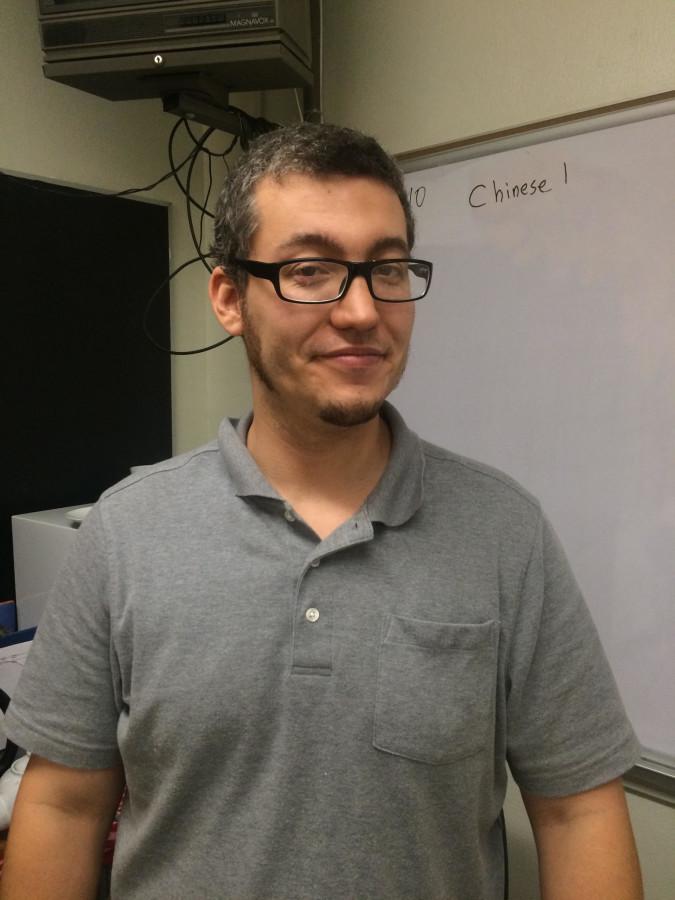 Q: What’s your favorite part about teaching at Kennedy so far?

A: “About ten years ago, in 2005, I decided that I wanted to be a teacher. Then at the time I decided that I wanted to teach Chinese, and that I wanted to teach it in a high school. Ten years went by, and I continued to study Chinese, and I got a teaching license. I had all these other teaching jobs, but I never got to do this. So, this is a job that I’ve been getting ready for for ten years. And in all honesty, I don’t think I’ve ever had so much fun working before. You know, teaching’s a great job and I’d be happy to teach any subject, but I think, you know, it’s like I go home at night and I look at all the stuff that there is to do and I’m not like ‘oh no, there’s too much to do, I’m like yeah, I can’t believe it.’ We’ve got all these things that we’re up to as a program, and I’m really excited to see where it all goes.”

Q: What impact do you hope to have on your students?

Q: Why is it important for high schools to offer Chinese to students?

A: “When I started studying Chinese there were about 300 people that were studying Chinese with me, in Chinese one, and when I graduated there were only 3. And those 2 other people, they had started taking Chinese when they were in high school, and when I started noticing other people who made it through the program, who were going on to study at higher levels, they were either heritage students, or like you know, they had a family background where they had studied it from a young age, or they had started in high school. And what I realized was that if you don’t start studying this from a relatively young age, it’s almost as if you don’t have enough motivation to keep going because Chinese is so demanding. You have to like really like it, and if you can’t convince people that it’s worth doing, then there’s just too many other things in life that are too fun to do. So, it’s really important. If you want to have a lot of people in our society that understand Chinese culture and understand Chinese language, then you need high school programs, and we want people to understand Chinese language and culture because the Chinese are our biggest partners and our biggest competitors economically, and the Chinese society is fascinating and filled with all these wonderful and interesting things, and Chinese people represent a part of our American identity. They’ve been here with us, I mean, just as long as we’ve been a country, and they’ve been contributing to our story and our history, and who we are.”