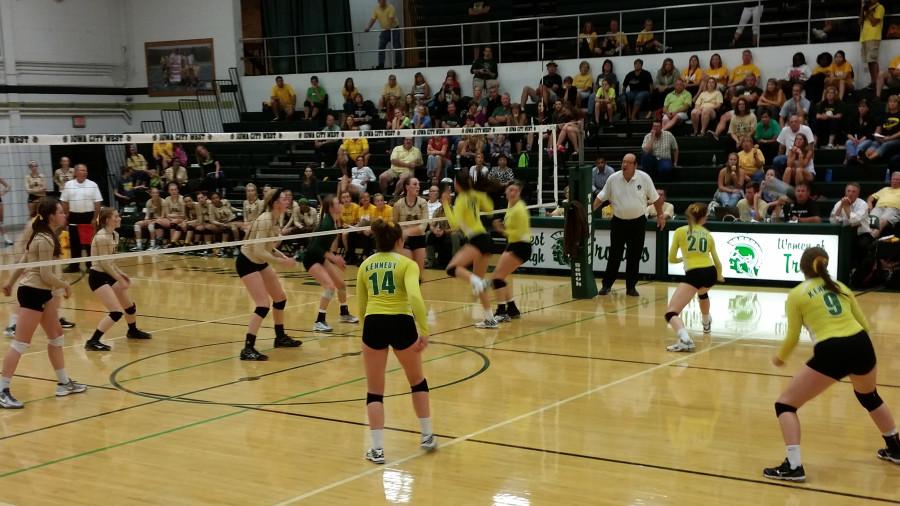 Two weeks ago when the Kennedy volleyball team defeated Dubuque Wahlert in three straight sets, head coach Michelle Goodall commented on how unusual a three-straight win is in this conference. Tonight, the Cougars took home just such a win for the third week in a row.

Their opponents, the Iowa City West Trojans, initially trailed in the first set, although they did lead for a few points in the middle of that set. In the end, and out-of-bounds spike by the Trojans resulted in Kennedy winning set one 25-21.

In the second set, the Trojans took the first point and led for almost the entire set. However, a kill by Macy Anderson gave Kennedy the lead 22-21, and another kill by Emma Boote scored their 25th point. Set two also went to Kennedy 25-21.

Kennedy pulled ahead fairly early in set three, and West took timeouts at 12-7 and 18-11. The Cougars ultimately won set three and the match with a score of 25-15.

“I didn’t expect to win in three tonight, these are great teams,” Goodall said. “They had their composure, they chipped away when we were down, and they did a good job.”