The skinny on Sanders: a day in the life of intern Maia Bennett 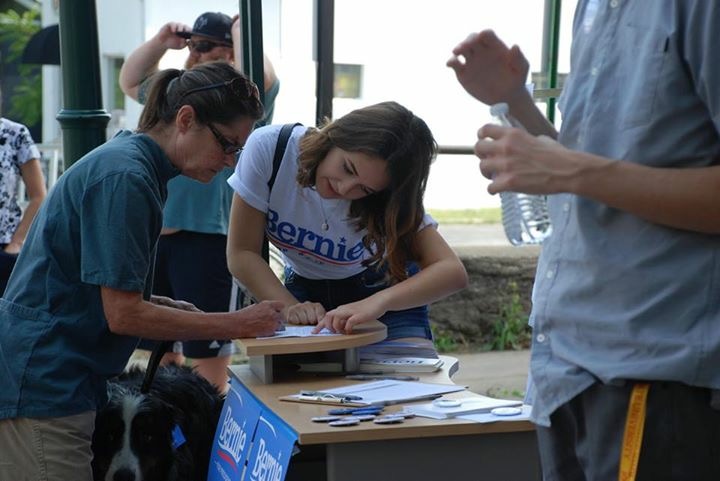 For senior Maia Bennett the last month has been nothing but busy. Bennett began interning for the Bernie Sanders campaign at the beginning of August. She will continue interning until the caucuses on Feb 1.

Bennett’s internship is held at the Marion field office of the Sanders campaign. She says that she doesn’t do a lot of traveling besides going to help out at local events that are held in Cedar Rapids or Marion.

“I have learned a lot of interpersonal skills, how to educationally talk to people about politics, how you can’t win everything and how to not let that bother you,” Bennett said.

From this experience Bennett says that it has assured her that politics is completely the direction that she wants to take in her life. The reason that Bennett decided to participate in this internship is because she is planning on studying political science and statistical economics once she gets to college. Bennett wants to pursue an eventual career in politics or the government.

Bennett’s internship has many parts to it. She staffs all of the local Sanders events and rallies, helps organize phone banks, trains volunteers and does polling data entries. Along with all of that she says that she also trains others to do phone banking and go knocking on doors to raise awareness of the campaign.

Bennett says she definitely thinks Sanders would make a good president because besides his views aligning with her political views, his history of fighting for the same things that he is still fighting for today shows that he will be a committed and trustworthy president.