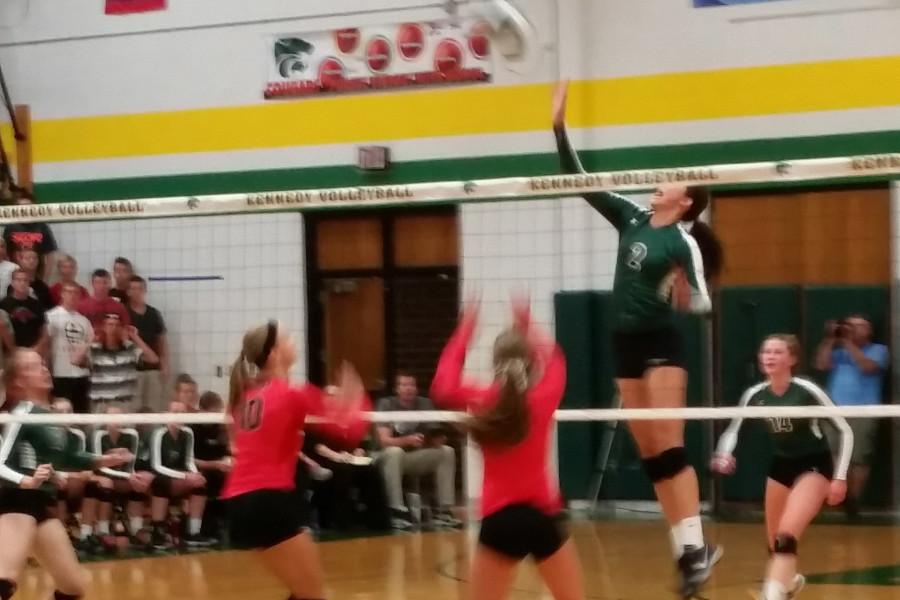 The Kennedy Volleyball team came out of their first home game of the season with a 3-1 victory over the Linn-Mar Lions.

The Lions took the first set with a score 25-17, but the Cougars rallied and came back.

“The first set we were a little flat, but we made a couple adjustment,” Head Coach Michelle Goodall said, “I’m just really proud, they kept their heads. And I think that’s the maturity we’ll see this year.”

Will this year’s team with its strong core of seniors have a shot at going all the way?