From the Midwest to the Middle East 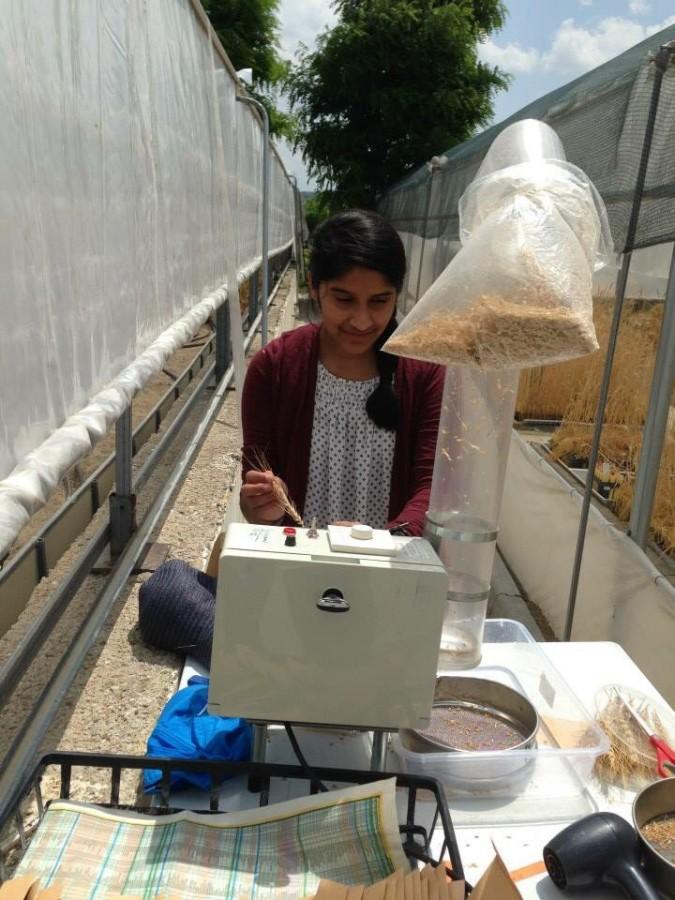 When senior Sweta Sudhir boarded her flight to Eskişehir, Turkey, she didn’t know what awaited her upon her arrival in the foreign country that she had only heard about in the news. She was set to spend two months working in a research facility through the Borlaug-Ruan International Internship, an opportunity she was selected for through the World Food Prize organization.

During the eight weeks abroad, Sudhir dealt with safety concerns as civil unrest continued to grow in Turkey. She also struggled with language barriers, an unexpected challenge that resulted in a chance for her to learn another language.

“It was quite the learning experience. Everything about it was new, from living independently to working with wheat,” Sudhir said. “The people were amazing, also. They honestly taught me how to live life. They go about everything with such happiness and they didn’t have all the stress.”

Sudhir arrived in Turkey on June 15 and returned to the United States on Aug. 11.

Sudhir lived in a research compound and worked in the International Winter Wheat Improvement Center. She was involved in a research project that examined different soil born pathogens that affect wheat and corn.

“I worked with cereal cyst nematodes, root nematodes, and czerian nematodes. The nematodes look like small worms and they affect the plants in different ways. These affects on the plants then reduce crop yield,” Sudhir said. “These cause billions of dollars as loses globally. So at the pathogen lab we screen various strains of wheat to see whats resistant and what isn’t. These strains come in from all around the world.”

Sudhir’s research aims to find resistant lines that could then be sent out for farmers to grow, then allow for more crops to be grown with a lot less land necessary and result in more food to go around. The work Sudhir did was unlike anything she had done before.

Violence and civil unrest in Turkey was “really scary” for Sudhir. “To sit here in America and hear about the unrest in the middle east is one thing, and then to be there and actually be in the country that it is happening in is a completely different feeling.”

“My heart stopped for a second and I wasn’t sure how far away they all were from where it had happened. So that was a very scary moment for me,” Sudhir said. “I found out that were like four hours away from it and were safe but I had a bit of a breakdown that night. All I could think about was what could have happened and everything that did happen for these people.”

After that first incident, Sudhir began to get used to the alerts of bombings that were taking place around the country.

“Luckily nothing happened to me while I was there, but there were a few instances when the embassy emailed me and said make sure to stay safe, this is what is going on. I made sure I stayed informed,” Sudhir said.

Another issue she faced in her research work was language barriers with the majority of the lab members, who spoke little to no English.

“And my mentors who did speak English frequently traveled for work,” Sudhir said. “In the process of trying to communicate, Google Translate helped and I picked up a bit of the language. In all honesty that was one of the most challenging but enjoyable aspects of my trip.”

Sudhir said the research experience gave her an understanding of the enormity of global food insecurity and the difficulty in solving the issue.

“I also made many life-long friendships. Many of my colleagues became family by the end. They were constantly looking out for me and making me smile. Even on the days when they were tired from fasting or sleep-deprived they would go the extra mile to see me laugh. I laughed more in those two months than I ever thought possible.”