Early lead for men’s soccer, but Hempstead catches up 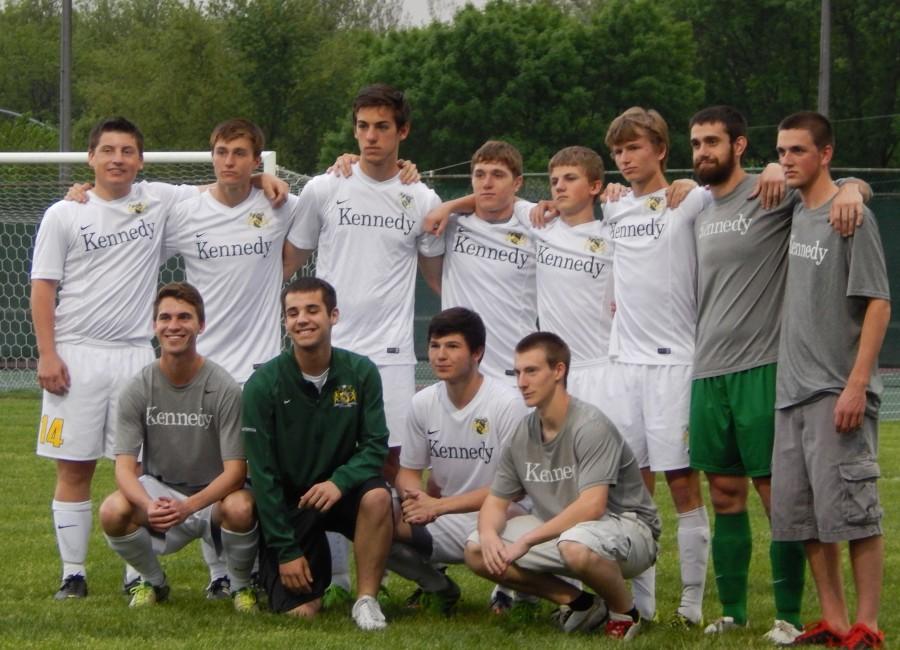 In the last few years, despite having strong graduating senior players, the team is "is close to each other, and that creates a (good) team atmosphere,” Connor Peterson, so., said. This spring, the Cougars went 9-9.

The Kennedy men’s soccer season came to a close May 30 after losing a close sub-state final against Dubuque Hempstead.

The windy and rainy game was held in Dubuque. Kennedy took the lead early in the game, but was matched by Hempstead minutes later.

The game stayed tied until halfway through the second half, when Hempstead took the lead 2-1, the final score.

The Cougars went 9-9 this season, but the record does not tell the whole story.

Kennedy came into the season ranked third by the Iowa High School Soccer Coaches Association, but slowly fell to 13th by week 7.

“We could have had four or five more wins, had we made penalty kicks consistently,” Connor Peterson, so., said.

That would have helped, considering Kennedy did not lose a single game by more than one goal this season, and went to overtime more than three times.

As for next year, the returning players have some big shoes to fill. There will be two returning starting seniors after eight seniors left this year.

“Pretty much the whole starting lineup is leaving,” Finn Duffy, so., said.

Next season will bring new faces too, like sophomore Kyle Huber.

“I’m really excited to be there next year,” Huber said.

“Next year it will be difficult, but a lot of the team is close to each other, and that creates a (good) team atmosphere,” Peterson said.