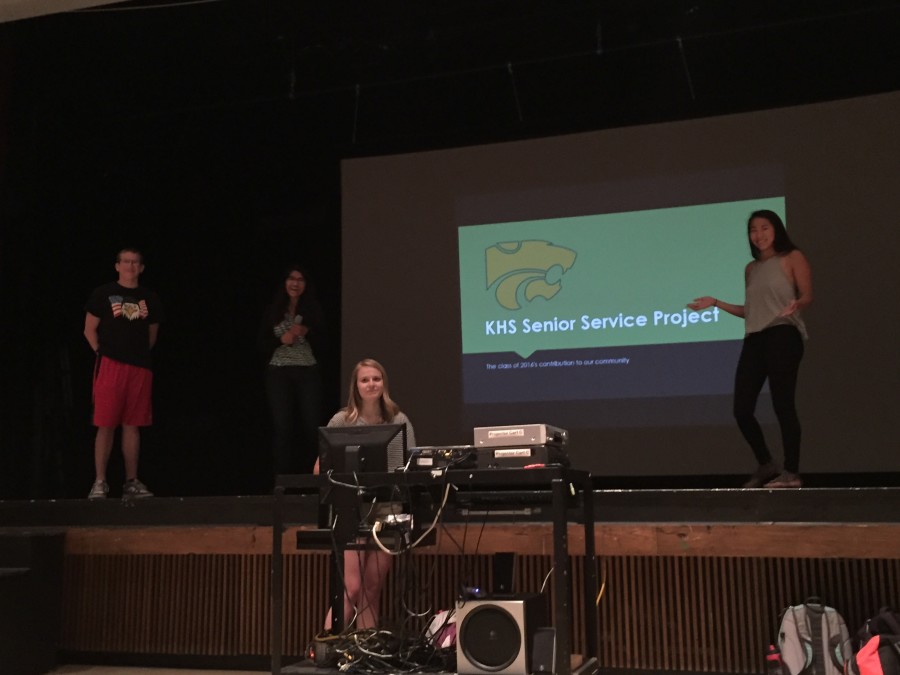 NHS leaders shared the idea for the senior project to the senior class today. It was met with a positive response and interest from students.

“It’s really different and exciting because I think that is what National Honors Society is about,” Teacher and NHS advisor Michelle Frye said. “I think this upcoming senior class is about giving back and paying forward. These officers and this NHS group have been working extremely hard to get things together. They are very motivated and it’s cool to see.”

Many ideas for the project were initially proposed, but it has been narrowed down to building an accessible park for people of all abilities. Junior NHS leaders Aren Buresh, Alec Hanson, Sweta Sudhir, and Lydia Yang have been meeting with city correspondents and company representatives in order to make plans for the project and where it will be located.

The current budget that has been placed on the project is $250,000. That number is daunting to some.

“I think it’s a great idea and it would be a fantastic contribution to our community, but I just really hope it’s something we will actually be able to achieve,” NHS member Sydney Rieckhoff,  jr., said. “It’s going to take a lot of work and passion behind it in order to accomplish our goal.”

The location of the playground has been proposed to be on flood recovery land in the Czech village area in downtown Cedar Rapids. One reason why this location was so attractive to the leaders was because it hasn’t had as much attention since the flood.

“I think rebuilding and revitalizing Time Czech is a great community effort that will benefit so many people who maybe wouldn’t have that opportunity otherwise,” Frye said.

The project is currently pending approval but it looks likely that it will be approved.

“We have met with Sven Leff, who is the leader of parks and rec and he is just trying to establish and make sure that he knows where we are and make sure everyone has a solid game plan, because he is definitely going to support us,” Yang said.

The senior class is looking at partnering with an organization called Miracle League to help build the accessible playground.

According to Miracle League’s website, the goal of building a playground like the one that is proposed is to “remove the barriers that keep children with mental and physical disabilities off the baseball field [or playground] and let them experience the joy of America’s favorite pastime.”

Though it is a big project to take on, NHS leaders and members are confident they can do it and have begun to brainstorm ideas for committees to help handle the fundraising and coverage of it.

“You can question the project, but stick by it for now. It seems like a lot but it’s our best option and if anything, why not get into your senior project and help make it possible?” Hanson said.

NHS, its leaders, and the senior class of 2016 will continue to move on with this impactful project as it is approved. Though there is a lot of work to be done, Frye is confident the group will pull it off.

“I don’t think I would be as excited about it if I didn’t see the motivation and determination already,” Frye said. “It’s awesome to see all the people who are stepping up to help out with the different things it will take to make this possible.”

Keep updated with the progress of the future senior project throughout this summer and into the next school year here at kennedytorch.org.