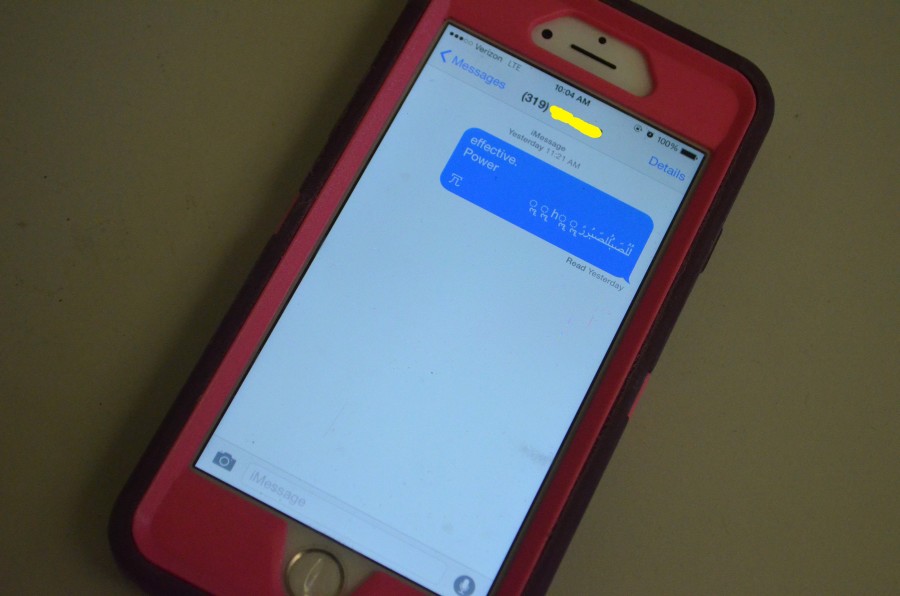 It’s an average school day, Wednesday May 27, everyone at school seemingly glued to their cellphones. What everyone doesn’t expect, though, is chaos on their phones. When a glitch message known as “Effective Power” went viral over social media sites such as Twitter, millions of people found their phones frozen when opening the message on iPhones.

Students of Kennedy and many schools were in an unsettling state because of the bug.

“Because of my friends sending the Power Effective message to me, my phone froze and went from 92 to 14 percent in just one hour. The prank got pretty annoying quickly,” Josh Winters, fr., said.

“I have an android so the message didn’t affect my phone so I just ignored it, but I know some people who were freaking out as if the world was ending when they got the message,” Noah Foege, so., said.

“This is just another example of how our priorities set cellphones over actual real life issues,” said Matt Neumeyer, a freshman at Xavier.

This glitch has become a big issue for people who rely on their phones for communication, school, or work, because this prank message is messing up phones.

In a statement on the issue, Apple says they are working on a bug fix update, and hope to release the update as soon as possible to stop the bug. As for now, Apple encourages iPhone users to not spread the “Effective Power” message any more.